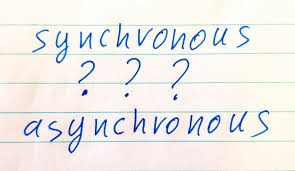 Commercial real estate’s various sectors always have their ebbs and flows based on changing economic conditions, but not since the Great Financial Crisis of 2008-2009 has the collective asset class experienced a body blow like that delivered last year during the depths of the Covid-19 pandemic. Yet as the pandemic in this country appears to be winding down and the economy regains its footing, commercial real estate is getting stronger too. That said, it is not a rising-tide-lifts-all-boats type of recovery. The word I use to describe it is “asynchronous.”

I call it an asynchronous recovery because it differs by property type and location. The Great Financial Crisis, for example, was incredibly synchronized. It was a financial system failure which created issues across property types and throughout the country. The current situation is far more idiosyncratic.

For example, multifamily and industrial are recovering at a quicker rate because the fundamentals remained intact (though industrial never really had a problem during the pandemic). Industrial received a windfall with the rapid expansion of ecommerce and multifamily benefited from being a basic need with increasing utility (people were spending more time at home). However, office will take longer to rebound because uncertainty remains regarding how quickly, if at all, the workforce will return and at what absorption rate (“3-2-2 schedule” is becoming popular vernacular).

The work-from-home phenomenon has been embraced as a non-cash compensation benefit. Meaning more employees are willing to weigh flexibility around where they work as part of the total compensation and benefits provided by their employer. However, employers recognize this too and a Bay Area employer is unlikely to pay a Bay Area salary to an employee that chooses to work remote in Houston. There are certainly efficiencies to be had by optimizing compensation, benefits, and locational considerations, but in the end, I have to imagine this devolves the employer-employee relationship to a point where employment becomes much more commoditized. There is also no denying that collaboration and in-person meetings are still needed, especially at firms where mentoring, learning, creativity, and problem solving are paramount to the success of a company.

As people return to the office, I believe there will be a temporary adjustment of more square feet per person which is just a retrenchment of the efficiency theme before the pandemic created by safety concerns. However, offsetting the demand of more square feet per person is the drop in people working from the office full- or part-time. These offsetting dynamics leave plenty of uncertainty for office investors, but also potential opportunity where the market isn’t pricing the scenarios appropriately.

The asynchronous recovery is not only apparent between property types but within property types. Office’s recovery is playing out in the battle between suburbs and central business districts. At this point, I am seeing more leasing activity in suburban office environments than in central business districts. I believe this effect has some staying power in the low-tax environments such as Texas. In general, I think suburban office has more wind at its back than it has ever had in the past 10 years.

Let’s also look at the asynchronous nature of retail. The stay-at-home world imposed by Covid-19 helped create a home-improvement binge that has benefited retailers like Home Depot and Lowe’s. Meanwhile, the pandemic has devastated the restaurant industry, with one research firm saying that more than 10% of U.S. food establishments have permanently shut down during the pandemic through this year’s first quarter. Then there’s Kohl’s, which has become a return center for Amazon packages. At the beginning of the pandemic people were writing off the company as a prime candidate for bankruptcy, but this past March it announced that it added at least 2 million new customers last year thanks to its partnership with Amazon.

It is not clear how long this asynchronous state across commercial real estate will last. However, asynchronicity should not be an investor’s foe. Rather, it is the basis in which opportunity is created to buy and sell at relatively attractive levels as tides shift through the investment cycle. Being able to tell what is a good opportunity or an investment to avoid is all the more difficult to understand which is why principled professional investors can be of help.