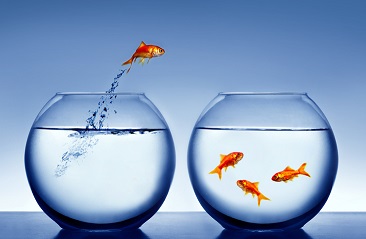 Innovation is a funny thing. The word implies a new way of doing something no one has thought of before. It’s cutting edge and at times revolutionary. But revolutions don’t remain revolutionary forever, and when innovation becomes mainstream it can have an odd effect that seems anti-innovative. Namely, when you accelerate innovation you accelerate commoditization, and that can impact the workforce in terms of where people work and, potentially, how much they get paid.

The innovation/commoditization concept seems counterintuitive but look at its impact on certain aspects of technology—the industry most associated with innovation. For example, we are now commoditizing and automating a lot of tech jobs through open-source resources. The Microsoft programmer who used to make a lot of money and had to be in the office to collaborate with others to do programming now works from home, downloads computer programming code that is available online, and doesn’t need to collaborate with people—or at least not as much—to do their job. As a result, many people can work from anywhere, but that could mean a trade off because they might get paid less as a result.

This all ties into the work-from-home movement that took hold during the Covid-19 pandemic. Many companies are giving their employees more flexibility regarding where they work, and there are reports that a large number of workers at tech companies would be willing to take a pay cut in exchange for working remotely.

A lot of tech companies are decentralizing their workforce, which I think is a clear example of the commoditization of the workforce. That’s because if more people can employ technology to do their job while working remotely, there’s less need for office space for those employees who work in teams to brainstorm new ideas and create new products. That could mean a different workspace dynamic in, say, the Bay Area that has been a major hub for innovation.

That doesn’t mean there won’t be a vibrant start-up community in San Jose and San Francisco, but it is possible the majority of jobs won’t require an office presence anymore. Rather, it will be the creative, collaborative workers, those who excel in building businesses and enjoy the faster pace, who will likely be in the office. The person who may have ridden their coattails in the past to success will be left at home and left behind.

The Office Isn’t Going Away

On a broader scale, all of this could impact a couple of commercial real estate sectors. One, of course, is office space. If the office sector would have rebounded in three years post-pandemic, now it will take five years. You are still going to hire collaborative and creative jobs and have them in the office for some of those duties—maybe a mix of three days in the office and two days at home during the week—but you will absorb the office space less quickly.

On the apartment side, it will create demand for larger apartments with work spaces—either co-work spaces or people looking for second bedrooms. That would reinvigorate the two-one market consisting of two bedrooms and one bathroom which has been an out-of-date product for many years.

People will ask whether this theme of innovation leading to commoditization of office workers will be a positive or negative trend. Frankly, I’d say it’s just a trend. Automation was good for production but bad for employment. Likewise, commoditization could initially be good for production but bad for employment. However, we will create whole new industries that will pick up employment from somewhere else. Maybe the growing field of artificial intelligence will pick up the innovators in technology?

The Only Constant is Change

Is the change good or bad? It sounds bad, but change isn’t always bad. For starters, it can create a more valuable work-life balance. It can also eventually point people toward other innovations we haven’t even thought of. One area could be in energy. We have seen a lot of innovation in solar panels and batteries have become an interesting area with electric vehicles (maybe people will start to focus on alternative chemistry for batteries).

There is a lot of innovation both in hardware and software that has yet to be developed. It’s easy to find problems or bad news in change that’s evident. It’s harder to believe in something you can’t even see yet. That faith in our ability to innovate and create is often lacking, and that is why a lot of people are against the commoditization of the white-collar worker. Yet we have never had a higher standard of living, even if it’s at a different wage level than it was 20 or 30 years ago. Remember, lower wages don’t necessarily mean a lower quality of life if you lower your cost structure by moving somewhere that can provide a similar quality of life.

Add it up, and that’s why I think we’re in the early days of a secular shift into innovation causing commoditization of the workforce.