Investors are Overlooking the Yields in Affordable Housing 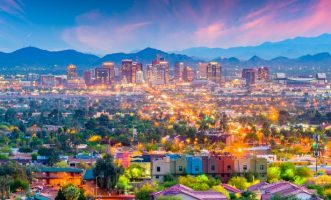 Affordable housing is historically more stable in a downturn, less volatile and often has better credit quality than class-A.

“A lot of people think this sector is riskier because of a lower income credit profiles or because there is more paperwork and regulatory work—and no doubt you need an experienced operator because there is more work to be done—but we think that it is particularly attractive for a few reasons,” Jonathan Needell, president and chief investment officer of KIMC, tells GlobeSt.com.

First, there is typically strong demand for affordable housing, but new apartment development this cycle and low wage growth has driven affordable housing demand up. “It is a paradox,” says Needell. “The cost of new construction goes up, so the more that you build new, the less affordable housing is available because you have either torn down or gentrified affordable units. On top of that, millennials, which is a great demand set, have an inability to pay for the highest quality apartments, and when you combine that with demographic demand, you end up with a need for affordable housing greater than it has been in the past.”

The dynamics of affordable housing, however, are the key to the strong returns in the segment. Despite below market rents, affordable housing has better occupancy and less volatility than market-rate units. “LIHTC properties and restricted rent properties tend to have very low credit loss rates, because people have a deal,” says Needell. “We have virtually no one that moves out or is late on rent because they are getting a good deal, so our credit loss on revenue has been less than 30 basis points, which is lower than class-A. The reality is that the credit quality of a low-class-B property is competitive if not better than a class-A property next to it. That is something that that people haven’t spent the time to understand because there wasn’t enough volume in the sector until recently.”

And in a recession, affordable housing rents remain stable, especially compared to class-A units. “Rents aren’t adjusted down during a recession, so the discount to market will shrink a little but your occupancy generally doesn’t go down. So, you essentially have a lower beta rent,” says Needell.

Needell also says that there is a misunderstanding about value-add investment within affordable housing. “You can improve units and keep them affordable. Certainly if you upgrade a unit, you expect to get more rent for it, but if you are improving a unit from $800 to $1,000 per month, you are supporting keeping it in the affordable range for longer,” he says. “That is a preservation of the affordable concept.”