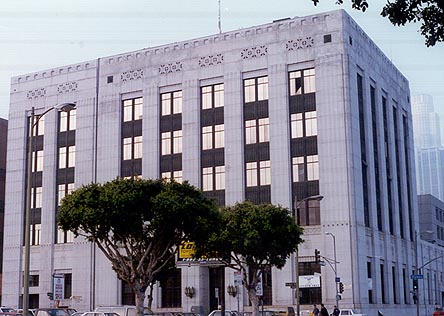 Rosemary A. Vassiliadis, director of aviation for Clark County, Nevada, was appointed by the Federal Reserve Board of Governors. Additionally, the Bank has appointed Jimmy Ayala, division president of Tri Pointe Homes in San Diego, as a director.

Ms. Vassiliadis was appointed to lead the Clark County Aviation Department in 2013. Prior to leading the department, she served as deputy director. Ms. Vassiliadis serves on the boards of directors of the U.S. Travel Association and the American Association of Airport Executives and has served on several committees for Airports Council International. She previously served as the budget chief for City of Las Vegas and director of finance for Clark County, Nevada. Ms. Vassiliadis holds a bachelor of science in accountancy from DePaul University.

Mr. Ayala joined Tri Pointe Homes in 2003 as a project coordinator and has served as vice president of project management in addition to division president. He serves on the boards of directors for the San Diego County Water Authority and the Wakeland Housing & Development Corp. Mr. Ayala holds a master’s of business administration from San Diego State University and a bachelor of science in urban and regional planning from California State Polytechnic University.

The Bank also announced that Carl Chang, chief executive officer of Kairos Investment Management Company and chairman of the board of Pieology Pizzeria, both in Rancho Santa Margarita, California, has been designated as chair of the Los Angeles Branch Board for 2022.

The remaining members of the Los Angeles Branch Board of Directors include:

About the Boards of Directors

The Federal Reserve Bank of San Francisco (SF Fed) serves the public by promoting a healthy, sustainable economy, and supporting the nation’s financial and payment systems. With offices in Los Angeles, Seattle, Salt Lake City, Portland and Phoenix, the Bank serves the Twelfth Federal Reserve District, which includes one-fifth of the nation’s population and represents the world’s fourth-largest economy. As part of the nation’s central bank, the SF Fed informs monetary policy, regulates banks, administers certain consumer protection laws and acts as a financial partner to the U.S. government.6