Not All Industrial Assets Are Trading at Frothy Prices 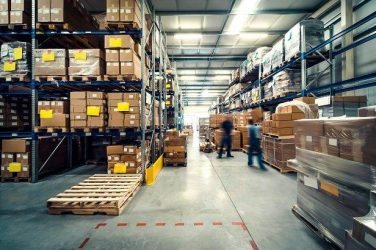 Many industrial users don’t need the property that is selling for ridiculously low cap rates.

“I would say the top 10% or 20%, which have an Amazon or FedEx thesis, have top-of-the-food-chain technology,” Jonathan Needell, president and  chief investment officer of KIMC. “Those deals have traded at ridiculous cap rates. I have heard of sub 4% cap rates on that stuff.”

But, Needell cautions that people shouldn’t assume that assets across the industrial sector are trading at those frothy prices. “The reality is that not everybody can get a tenant like that, and not every property deserves a cap rate backed by those kinds of tenants [Amazon and FedEx],” he says.

Needell says the Amazons of the world demand features that aren’t found in even reasonably new buildings. Fifteen years ago, buildings had a 32-foot clear height, and there were deep truck courts for turnaround. These buildings also had one per thousand parking.

But today’s high-tech users have different demands. He says they have advanced beyond what was once the lowest technology and innovation level within real estate.

“Now, if you lease to someone like Amazon, you have to have three per thousand parking,” Needell says. “They’ve done a mezzanine triple deck in the middle of the large industrial building that is essentially a small office building.”

Instead of having just docks and a turnaround court, industrial buildings now need one-third more space in truck courts for storing trucks that are not being docked or turned.

“They’ve got a whole extra third of depth that they’re adding for the containers and trailers,” Needell says. “So, instead of two depths, because you need to turn around, it’s three depths.”

Between the need for more storage trailers, parking requirements and the sophisticated processing power through the same infrastructure demanded inside the building, not every warehouse can serve high-tech users.

“It is a different building than the majority of industrial, even the stuff that is only 10 or 15 years old where there was 32-foot clear height and one per thousand parking,” Needell says.

Needell says the traditional investment-grade industrial user, who represents a deeper part of the market than the Amazons of the world, doesn’t need properties with super low cap rates.

“You have essentially everyone jumping into a sector thinking that their alternative tenant case is going to be a sophisticated e-commerce user or at least an omnichannel user, like a Walmart,” Needell says. “Those people are way more sophisticated and not going to take the traditional industrial building from five or 10 years ago. So there is a bit of a trap there.”

Right now, Needell says there is bifurcation in the market between the traditional industrial and high-tech properties for e-commerce users.

“There is also a need for both,” Needell says. “The industrial user who is shipping parts is not going to be needing the same kind of systems that an Amazon, Walmart or FedEx would.”