Yes, Real Estate is a Good Inflation Hedge (But Not for the Reason You Think) 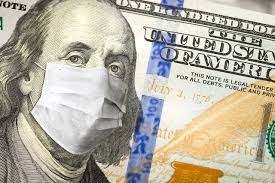 In the United States, the ongoing COVID-19 pandemic has necessitated dramatic government action in the form of income and wage replacement, unemployment supplements, and direct payments to American households. The federal government alone has unleashed a wave of spending totaling roughly $2.8 trillion in a series of relief packages including the CARES act and PPP loans, and it’s likely more aggressive government spending is on the way. Although major disagreements about the size and scope of the different plans need to be ironed out in Congress, there seems to be broad agreement that further stimulus is needed to see the U.S. economy through to a return to normalcy.

As a result, the U.S. debt-to-GDP ratio looks set to rise to historic levels, up to 106% by September, according to JPMorgan’s chief strategist, who observed that this is just below the record 108% seen in 1946 just after World War II. Other market commentators see the U.S.’s debt-to-GDP ratio rising to 141% by the end of 2020, and perhaps as high as 160% in the coming years. While there is no hard-and-fast rule when it comes to acceptable levels of debt-to-GDP ratios in developed countries (Japan’s borrowing has reached as high as 240% of GDP), this level of government borrowing is unsustainable and the U.S. could be forced to reduce the national debt burden.

All of which begs the question: how can the U.S. pay down its ballooning national debt? There are several options (listed in order from least likely to most likely) and very few are appealing:

(1) We can default. This is unlikely if we ever want to borrow again, plus the U.S. is highly rated.

(2) Print a lot of money, devaluing the currency. Again, this is unlikely and has many unmanageable second order effects, including the effect it might have on the government’s ability to borrow in the future.

(3) Spend less. When has this ever happened in modern history, let alone this political environment? Except times of war, austerity is not our strength as a society.

(4) Raise taxes to pay down debt. This will likely reduce growth, which is already low.

(5) Grow our way out of it. Increase nominal growth with lower interest rates, and some higher, but controllable inflation.

We believe the last two of these options are the likely solution, and this happens to be consistent with many of the political pressures now prevalent in the economy. Ultimately, this would still be an inflationary environment, albeit not hyper-inflation. This is because growth will have to be driven by the supply of money, holding interest rates low, and any enhanced productivity we can muster, since we do not currently have much population growth (population growth tends to decline with rising incomes in developing countries). Investors seeking to potentially shield themselves from higher-than-normal inflation might look to real estate, which has long been recognized as a potential inflation hedge (but not for the reason you might think).

The prevailing wisdom has it that because many long-term leases are tied to CPI (the Consumer Price Index), this can act as a cushion for landlords: as inflation causes prices to rise, the rent they’re contractually able to charge rises in turn through its ties to the CPI. The reality is that, depending on the overall environment, commercial tenants often have a great deal of latitude when it comes to renegotiating their leases, especially if there is a short amount of time left (usually three years or less) on the lease. However, just because the contract says the rent is tied to CPI doesn’t mean the landlord can actually charge it due to market forces and rational action by tenants.

Rather, the reason real estate functions as a hedge against inflation has much more to do with the fundamentals of supply and demand. As prices for raw materials and construction labor rise, and as the regulatory environment continues to get stricter (municipalities rarely, if ever, roll back building codes to more lenient requirements), it becomes increasingly expensive to build new buildings, restricting supply. Investors who already own real estate are able to charge higher rents, putting them in the enviable position of being able to pay off existing loans with inflated dollars.

A more inflationary environment may well be on the horizon, as the Federal Reserve and the federal government unleash trillions in spending to combat the effects of the pandemic. By investing in real estate and keeping the laws of supply and demand firmly in mind, real estate investors may be well-positioned to weather the ravages of inflation.

The views and opinions expressed in this article are solely my own.