Manufacturing Companies Are The Have-Nots of Industrial 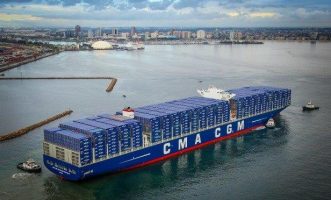 Industrial has become a tail of haves and have-nots this year, with ecommerce growth on one end and manufacturing struggles on the other.

This year, industrial has stolen the show in the commercial real estate market. The pandemic fueled massive growth in online shopping, catalyzing a surge in ecommerce-related industrial activity. The traditional manufacturing industrial users, however, tell a different story. This industrial segment has been impacted in the same way as other assets and businesses during the pandemic. Investors gunning to acquire industrial properties should note the bifurcated market.

There is a have and have not in the industrial world, not just in the sale and leasing market but also in terms of who is going to give up space and who is not going to make it,” Jonathan Needell, president and chief investment officer of KIMC, tells GlobeSt.com. “

Among the warehouse deals, Needell has also seen an increase in sale-lease back deals or manufacturing deals with what would typically be considered strong manufacturing tenants. “We have seen some investment-grade credit with traditional users on properties come up and we have seen some sale-leasebacks, which is kind of rare. I think that goes to the fundamental stress in those typically more industrial-focused users that are not operating normally,” he says. “An investment-grade credit tenant doing a sale-leaseback is probably going to make it.”

The retail market segment is also having a negative impact on industrial. Many large-box retailers use industrial space or leverage industrial space for the ecommerce portion of their business. “We have also seen a lot of retailers go bankrupt, and many of them were using industrial space, not just using third-party logistics for distribution,” says Needell, who expects to see more space from these users come to market.