An Economic Bridge Over Troubled Water 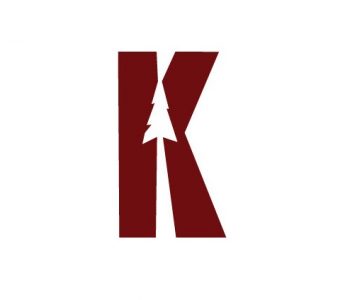 Thoughts on the Economic Ramifictions of the COVID-19 Pandemic

As the seriousness of the COVID-19 pandemic became increasingly clear, in March, states rushed to shut down their economies to avoid overwhelming healthcare systems. By March 23rd, 158 million Americans were told to stay home. Although many public health experts agreed the lockdowns were necessary to slow the spread of the deadly virus, the economic ramifications of the shutdowns quickly proved to be catastrophic, including record unemployment: by May 28th, more than 40 million people, or about one out of every four American workers, had filed for unemployment benefits. In spite of the statewide lockdowns, in many parts of the U.S. the pandemic rages on, even as some states begin to tentatively reopen for business. On Tuesday, June 30th, more than 48,000 coronavirus cases were announced, the most in a single day since the pandemic began.

The federal government and the Fed have both sought to build an economic “bridge” over the troubled waters of the pandemic to see the country through the worst of the economic downturn accompanying the COVID-19 pandemic, but in many respects that bridge is only half-built. Recent Fed minutes have shown the central bank is committed to providing open-ended support to the U.S. economy, pumping trillions of dollars of liquidity into the banking system to keep credit flowing to Americans and even taking the unprecedented step of purchasing corporate bonds to serve as a backstop for the capital markets and therefore shoring up the finances of companies and their employees. In terms of the money supply, the U.S. appears to be in good shape at the moment, at least when it comes to the supply side, but we live in a consumer culture, and consumer spending is a huge percentage of the U.S. economy, accounting for roughly 70% of economic activity. 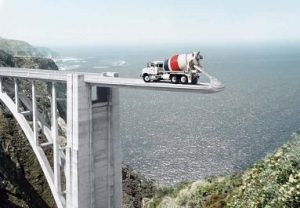 On the federal side, The CARES act helped begin constructing the “bridge” by ensuring direct payments to American households and beefing up unemployment benefits, while the paycheck protection program provided small businesses with funds to pay up to 8 weeks of payroll costs including benefits. The CARES act also allows for 180 days of mortgage forbearance, but only for federally-backed mortgages. The renter protections under the CARES act are comparatively modest: they provide for 120 days of eviction relief for tenants in federally-backed housing.

While these efforts have served a critical role in lessening the economic blow of the economic shutdowns, the recent surge in coronavirus cases and the rollback of opening plans in a dozen states are worrying signs that these efforts may be insufficient to bridge the economy to the other side of this crisis. Many federal stimulus programs are set to expire at the end of July unless they are extended by Congress (the Senate extended the timeframe to apply for loans under the PPP program on June 30th), and while individual states have passed eviction moratoriums, there has been little substantive support thus far for renters. A few pending bills in Congress may offer more relief for renters, but they appear to have little likelihood of passing the Senate.

The larger problem is that a true economic recovery will not be possible until we can return to some semblance of normal pre-pandemic daily life. This will require time coupled with either a widely available vaccine (many vaccines currently in testing are showing promising, if murky data), some kind of highly effective treatment regimen (the death rate from COVID-19 may be falling as doctors become better at treating it), and barring either of those possibilities, herd immunity (which would require around 60% or more of the population to become infected). Alternatively, a state-level face mask mandate could lower the spread of the virus by cutting the daily growth rate of cases from 1.6% to about 0.6%, according to Goldman Sachs. These calculations imply that a face mask mandate could potentially substitute for lockdowns that would otherwise subtract nearly 5% from GDP.

There is a great deal of uncertainty looking ahead at the economy, but one thing is for sure: in order to return to normal with the minimum amount of economic damage possible, the US must continue building its economic bridge over troubled water.

The views and opinions expressed in this article are solely my own.